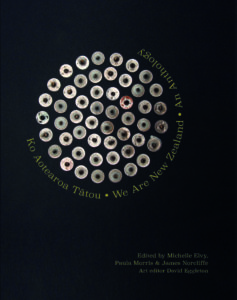 ‘We are all New Zealanders.’

Jacinda Ardern’s statement in the harrowing days following the Christchurch terror attack was not just a denunciation of hatred and racism, but also a call to action – or perhaps a call to kindness. In the face of global attention, in the aftershock of death and obscene violence against innocence, her statement, and the responses of the community to the massacre, became one of those cultural moments when you feel something shift.

‘Many of those who will have been directly affected by this shooting may be migrants to New Zealand, they may even be refugees here,’ she told Parliament on 19 March 2019. ‘They have chosen to make New Zealand their home, and it is their home… We are one. They are us.’

The Prime Minister’s speech was not only a statement to the House. She told the world a story; created the outline of a new narrative about the nature of the country. She’s not the first to tell it – far from it. But her words brought the story close, made people listen, and perhaps changed the way we are able to talk about othering and hatred and terrorism – and the places it strikes.

‘Today and for ever we are all New Zealanders.’ Her words invited a conversation about meaning and belonging. They embrace, and they also pose a question: who are New Zealanders today?

This collection of fiction, nonfiction, poetry, photography, illustration, and painting is a reflection on that idea – or rather, many reflections. The editors sought creative responses to Ardern’s statement rather than essays on the attacks, although some pieces address both sides of that coin. ‘Artists experience and explore society,’ they write in their Introduction, ‘they may document, but they also subvert and reimagine.’ And the collection does all of these things and much more.

Anthologies can be strange creatures, though, can’t they? Hit and miss. Uneven in quality. Contributions only vaguely connected to theme.

This is not one of those beasts.

Ko Aotearoa Tātou: We Are New Zealand is an aesthetically stunning cultural artefact and an at-times exhilarating read, skilfully edited. But it’s more than that. It maps diasporas in many directions; it captures the many sensibilities of a nation at this crucial moment in time; it reflects a changing and changed community; and it presents some absolutely gorgeous creative work. It gives voice to many voices, from high school students to renowned poets, north or south or somewhere else completely; grieving and angry and celebratory; Māori, Pākehā, Pasifika, new migrants and people who’ve grown up bridging cultures; queer, quiet, exploratory, elegiac. It is willing to acknowledge the racism that exists alongside the empathy, the truth of dispossession and discrimination as well as the comfort of childhood memory or family feasts.

Last year, Ardern famously refused to ever say the name of the Christchurch terrorist, and claimed that while the mosque shooting victims ‘are us’: ‘The person who has perpetuated this violence against us is not. They have no place in New Zealand.’ It’s not only that this murderer, this horror, was a blow-in from across the ditch. So often, after terror attacks, politicians take to the media to say ‘This is not who we are.’ But of course it is. It may not be all of who we are, but it is in us – hatred and violent white supremacy are in the fibre of many countries, especially colonies, as they have long been.

It is with this recognition that the anthology opens with ‘Massacre’, Tusiata Avia’s gut-wrenching ‘poem that will not end’, with its white spirits rising from the swampy ground beneath Christchurch to ‘kill those who kneel’:

You are saying ‘He isn’t us’

But I grew up with him.

It draws a clear lineage between the white colonists now memorialised as statues in Christchurch parks, that skinhead you knew at high school, and the recent eruption of the far right.

…we, the white supreme, we rise

we are white ghosts and we rise up out of the swamp.

You cry and shake as if the earthquake is coming

but we are not here for you.

Avia does not flinch, and nor does Marissa Johnpillai in her poem ‘I am not New Zealand’:

I am not New Zealand

but New Zealand is in me,

with all the promise of an infant

Perhaps one of this book’s most important conversations is about migrant experiences, and the complex idea of home. ‘This is the country where we cross borders every day,’ writes Ghazaleh Golbakhsh. ‘This is our home.’ Both things are true for this film-maker and writer born in Iran and raised in Auckland, who asks, what does the idea of ‘homeland’ mean? The experience of exile or migration, Ali Shakir writes, is as if ‘I’m somewhere in the middle, standing on a bridge’, living in NZ but dreaming of Baghdad: ‘I’ve been roaming our garden in my dream almost every night.’ Nataliya Oryshchuk describes herself as a ghost: ‘Immigration turns you into something forever foreign. Undefined. Unreal. Unsubstantial. Spectral. … Immigration is a trauma … few New Zealanders comprehend.’

When I first moved to Auckland, many years ago, I was most struck by two things: the way it felt like a city of the Pacific, but not of the world, seemingly untouched (then) by the great waves of migration that shaped my home town of Melbourne; and the way so many people carried on about migrants taking over the place and complained loudly about international students. It was the sort of rhetoric I was used to hearing only from great aunts and redneck politicians, but it came from people I respected, people who knew enough te reo Māori to open a meeting with a formal greeting and said they abhorred racism. Around the same time, my own country slammed its doors on refugees and its own humanity, while New Zealand began to open up, until kindness became official policy. But it is still an uneasy relationship, as Lynette Leong writes in her poem, ‘Huozhuzi’:

home is here only

it does not want

you are a foreign body

This isn’t a comfortable book and it isn’t mean to be – there is much to love, and warm smiles of recognition and nostalgia, but it is not a rally-around-the-flag-in-response-to-atrocity collection. Instead, it’s a chance to reflect and to feel, to engage with many versions of what it might mean to be a New Zealander – to be of this place, somehow, and of these people – even if you live somewhere else now, or haven’t always lived here. A series of diverse and compelling artworks underscores this approach, such as subversive takes on the classic view of Mount Taranaki (by Fiona Clark) or a Victorian beach landing à la Jane Campion (Takitimu Landing Site, Waimarama, by Yuki Kihara) or a fierce comic panel on complacency (Barking, by Eddie Monotone). Some pieces of writing are stronger than others, but all are compelling, and for different reasons. Debra Daley’s memoir ‘What happened, Mike?’ is an ethereal elegy for a lost brother, a man of West Auckland, ‘a man of that particular earth and that particular sky.’ Blaine Kelly’s short story ‘Duckie’ is a pitch-perfect snapshot of Queen Street at night, weekends at the beach, growing up queer in a small town, and the purity of falling in love with your best mate. Tania Roxborough’s meditative ‘Rapurapu/Searching’ sits us alongside women, stitching and weaving, ‘making new things’, tracing lineage and identity, until ‘Too late, I realise that I am an unfinished row’; just as Sudha Rao writes in ‘Passages, shadows, braids’:

I am warp and weft on a long

leaning into reflection of being.

Here you will find humour (as in Selina Tusitala Marsh’s ‘Breaking up with Captain Cook on our 250th anniversary’) and love and childhood memory and food – oh, so much food. Renee Liang’s ‘Mr Zhou’s Kitchen’ traces the ‘kneaded rhythms’ of a migrant’s voyage through time and place, and the rituals of cooking and growing, of mixing dough for dumplings ‘the way you read/ clouds/ before you set sail.’ It leads into stories of cooking and remembered meals, of bacon and eggs, pan-fried tarakihi, roti, fatayer, and chips on the beach.

Nowadays I go back and forth across the Tasman and I miss wherever I’m not. It’s a weird kind of belonging and longing at the same time – although of course in this absurd year there’s been more longing and less back and forth. But I guess that’s the point – all kinds of belongings are possible in the embrace of the new New Zealand.

As Alison Wong puts it, so perfectly, in ‘Earth’:

wherever we have come from

this earth is our home

together we are a garden.

Kelly Gardiner’s novels include The Firewatcher Chronicles series, 1917, Act of Faith, The Sultan’s Eyes, the Swashbuckler trilogy, and Goddess. She teaches creative writing at La Trobe University, and (when the world is not locked down) divides her time between Melbourne and Waiheke Island.