The stories they brought us

Fiona Kidman on the books she read in 2022

Late last year I spent some time in residence as the Irish Writing Studies Fellow at Otago University. Overall, it was a year of getting to know and understand my Irish heritage better. That has carried on into 2022 and much of my reading has been centred around Irish writers and writing. Not entirely new, for I’ve kept Seamus Heaney’s Collected Works beside my bed for years and soak up contemporary Irish novelists and short story writers as fast as new books appear. Still, there’s been special pleasure in two books this year, Fintan O’Toole’s We Don’t Know Ourselves and Claire Keegan’s Small Things Like These, Ireland unfurled. O’Toole is a distinguished Dublin-born journalist who writes for the Guardian and The New York Times. His book examines Ireland’s history from the year of his birth in 1958, each year ranging back and forth through the many and deep extremes of Irish nationhood. 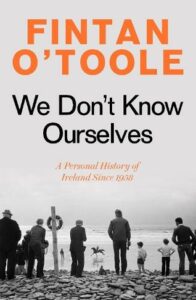 Because Ireland has become, for the most part, a shining example of how an economy and a society should run, the reality, within living memory, of an impoverished, uneducated, badly housed people, its rural inhabitants often living in hovels hewn out of hillsides, is difficult to conceive. Yet O’Toole takes us from one era to another in fluid, absorbing strokes throughout a very big book. It’s part memoir and often reads like a novel. He doesn’t shy away from once taboo topics, acknowledging the hideous past of the Magdalene Laundries where girls and young women were effectively incarcerated by the church when giving birth to children conceived out of wedlock. Nor does he glamourise the IRA’s brutal history during the Troubles, as savage in its way as that of its Protestant counterparts. On 7 August 1979, O’Toole writes, ‘the IRA had what it would always regard as their best day. At Mullaghmore, on the Sligo coast, it murdered a seventy-nine-year-old man, a fourteen-year-old schoolboy, a fifteen-year-old schoolboy and an eighty-three-year-old woman. The ground for these executions (the word the IRA itself used) was that the old man, Louis Mountbatten, was a cousin of Queen Elizabeth.’ 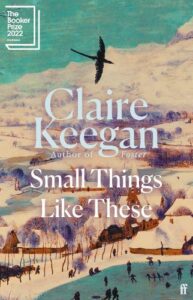 If that was a big book, Keegan’s Small Things Like These is a very slim, very powerful one, an evocation of those shameful birthing practices of which O’Toole writes so eloquently. Keegan has occupied a special place in my reading experience, ever since I came across her magnificent short story collection Walk the Blue Fields. She is the author, too, of Foster, on which the recent lovely movie The Quiet Girl is based. This new novella centres round Bill Furlong, a wood and coal merchant, faced one Christmas with his own history of loss, contemplating the desires of his over-reaching family of women who all want far too much of the occasion. When he encounters an abandoned girl, punished by nuns for grieving over her lost baby, he makes a profoundly moral choice. You find your heart riven, or mine was. Keegan and I, along with Edna O’Brien, share the same Paris publisher in translation, and I hope some day I will meet these writers in person to tell them how much their work has meant to me.

My fellowship got me thinking about writers of Irish descent in New Zealand Aotearoa, the number of us whose parents came on boats a long time ago, and the stories they brought us, their children. Much of my year has been spent writing essays that explore this theme, linking up a common experience. I’ve written about Dan Davin, Eileen Duggan, Maurice Duggan and others, as well as my own background, lived through my father’s immigration; one of these essays appears in a new book of mine, published last March, called So far, for now. These descendants keep busy. My New Zealand fiction title of the year (although I still have a stack of new titles to go) is Vincent O’Sullivan’s Mary’s Boy, Jean-Jacques , the title story a re-imagining of Mary Shelley’s  Frankenstein. And the Cuba Press acknowledged the one hundredth anniversary of the publication of James Joyce’s Ulysses with a collection of small stories called Breach of All Size (ed. Michelle Elvy and Marco Sonzogni), inspired by phrases from Ulysses. I was one of thirty-six contributors, along with writers like Lloyd Jones, Paula Morris, Becky Manawatu, Apirana Taylor, Emer Lyons, and Tracey Slaughter. 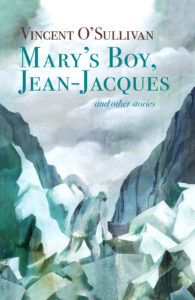 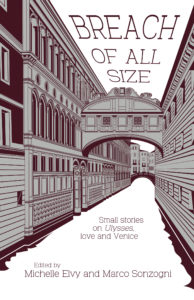 Was there anything else I loved this past rapid year? Well, yes. For sheer indulgence, French Braid by American writer Anne Tyler. At first, I thought it light, but that is an illusion. This family saga of ordinary people, simply doing their best, captured me.  Tyler and I are of an age and she’s been rewarding me as a reader for close to sixty years. For which I can but raise a Christmas glass and pay homage. She gives me heart, she gives me hope. 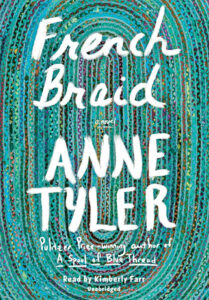