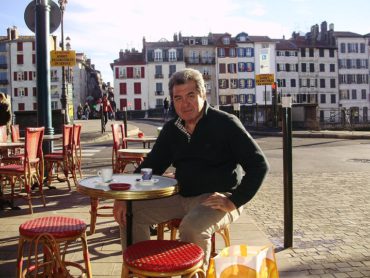 His dark materials: born in 1950 to an abusive, often-drunk Maori mother; diving for pennies at Whakarewarewa; borstal boy (assault; breaking and entering); a brother’s funeral that ends in ‘violent, drunken chaos’; prison in England (forgery).

His light materials: gentle scientist booklover Pakeha father; older brother Nick who gave him Gerald Manley Hopkins to read. ‘These words leaped out at me,’ he says in his 1999 memoir Out of the Mist and Steam. ‘The lights went on… I became instantly certain that I’d write one day, that I’d be published.’

Fast-forward to the launch of Once Were Warriors in 1990. The year before I’d met Alan at my sister’s in Takapuna – Nick Duff is a family friend. We had a long talk about books over the kitchen table. I liked him. A bit intense, but I supposed that’s what you got with authors. The launch at Ellen Melville Hall was the best I have ever attended. There was ‘a bus-load of relatives and whanau from Rotorua’ and huge support from Auckland’s literary community. Almost everyone bought a copy of the hardback – imagine that, a first novel in hardback!

And whew, the book turned out to be good. So good that it became an instant bestseller, was made into a movie, is still in print. My favourite story about it is from a teacher at an Auckland girls’ school: the pupils were told not to read it because Alan Duff was a bad man with wrong ideas. So the book was passed around covertly, samizdat-style, from girl to girl.

And they loved it because it described if not their lives then the lives of kids they knew.

Other novels followed. One Night Out Stealing in 1991, even more technically accomplished with its interweaving narrative voices; What Becomes of the Broken Hearted in 1996 (it won the 1997 Montana NZ Book Award); Szabad in 2001, and more. In 2019, Duff released a non fiction work A Conversation with my Country.

Characters caught between two cultures often feature: in 2008’s Dreamboat Dad, the narrator is the child of a Maori woman from Rotorua and a US soldier visiting during World War II. The other major theme is machismo and male violence. In Szabad, set in Hungary in the 1950s, rage itself is an entity, the narrator says, ‘who has long resided in me and threatens to take over’. Balancing this is respect for women as a force for good and empathy, notably Merita and Lena in Dreamboat Dad and Beth in the Heke trilogy. I’ve stood beside Alan while he received a (justified) dressing-down from a sister-in-law. He took it. He actually walks the talk with this stuff and I admire him for that, even more than I admire his writing.

And then there is Books in Homes. You can read all about it elsewhere but it was his idea, executed brilliantly by Christine Fernyhough, and to date has got more than ten million books into the kind of homes that Alan’s novels depict. Few writers really make a difference. Alan Duff has.

A Conversation with my Country (Random House, 2019)

What Becomes of the Broken Hearted? (Vintage, 1996)