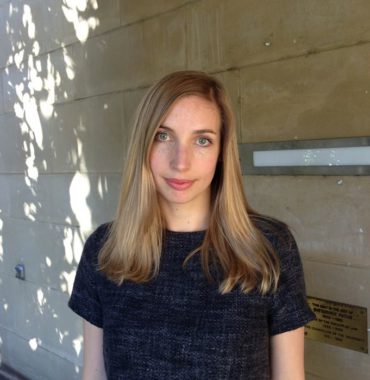 Amy Brown (1984) is a poet and novelist from Hawkes Bay, who now lives in Australia. Amy’s first collection of poetry, The Propaganda Poster Girl (Victoria UP, 2008), was shortlisted for the Jessie Mackay Best First Book of Poetry at the New Zealand Book Awards (2009). Her work has been published in magazines and journals such as Sport, Turbine, Snorkel, the Listener, Landfall and Hue & Cry. She has published two more poetry books: The Odour of Sanctity (VUP, 2013), a contemporary epic poem and Neon Daze (Victoria UP, 2019), a verse journal of the first four months of motherhood. Her other publications include the ‘Pony Tales’ series of novels aimed at eight to twelve-year-old readers, published by HarperCollins.

Amy has an MA in creative writing, for which she won the Biggs Prize for Poetry, and a First Class Honours degree in English literature. She completed her PhD on contemporary epic poetry at the University of Melbourne in 2012. The creative half of her thesis became her epic poem entitled The Odour of Sanctity, which was published by Victoria University Press to critical acclaim. American critic, Aldon Lynn Nielsen, defined it as a ‘formal tour-de-force, of which the author should be proud’. In Australia, David McCooey wrote, ‘I have no doubts about the importance of this work as contemporary poetry. The ambition of the work is clearly ‘epic’, and its execution is extraordinary’, and Kevin Brophy described it as ‘luminous, deft and surprisingly unholy verse’.

Amy’s current writing and research interests include long poems, unorthodox biographies, historical fiction, and the teaching of creative writing. She has recently published a website for the Ian Potter Museum of Art containing creative writing exercises aimed at secondary school students responding to paintings in the museum’s collection. The website can be viewed at www.ekphrasislessons.com.

The Lumiére interview with Amy on The Odour of Sanctity (2014)

The Propaganda Poster Girl  (Victoria UP, 2008)

Jade at the Champs (HarperCollins, 2011)

Jade and the Hunters (HarperCollins, 2011)