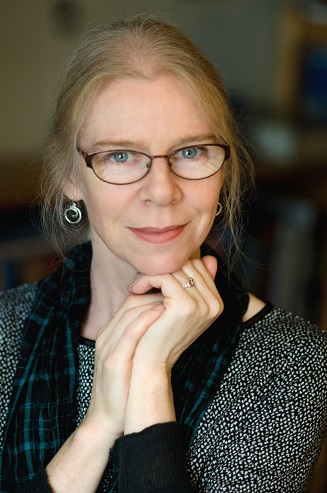 Anne Kennedy is a poet, novelist and screenwriter. She has published seven books in the form of poetry collection, novel, novella or verse novel. Her work has been published in NZ Listener, Landfall, JAAM, Sport and Southerly (Australia). Reviewer Louise O’Brien wrote that her novel The Last Days of the National Costume (Allen & Unwin, 2013) ‘offers an irresistible combination of charm and wit…The wordplay is glorious and very playful indeed’. Describing The Darling North, a poetry collection, North & South wrote that the ‘whole volume sings with music’.

Anne’s awards include the NZ Post Book Award for Poetry (2013), Montana NZ Book Award for Poetry (2004), and the BNZ Katherine Mansfield Short Story Award (1984). The Last Days of the National Costume was shortlisted for the NZ Post Book Award for Fiction (2014). Screen credits include the adaptation, The Monkey’s Mask and Crush, co-written with director Alison Maclean. Anne has co-edited several works, including Best NZ Poems, taught fiction and screenwriting at the University of Hawai`i at Mānoa and is now on the staff at Creative Arts, Manukau Institute of Technology where she is also editor of Ika, A Journal of Literature and Arts.

The Ice Shelf (VUP, 2018), Anne’s latest novel, is an eco-comedy that explores the dangers of wasting love and other no-renewable resources.

Anne returns to the death of her brother and the world he inhabited in her new poetry collection Moth Hour (AUP, 2019), a complex, ambitious piece of writing and a moving poetic engagement with tragedy.

Interview in the New Zealand Listener (2013)

The Last Days of the National Costume: Interview on Radio New Zealand (2013)

The Last Days of the National Costume: Interview on Radio National Australia (2013)