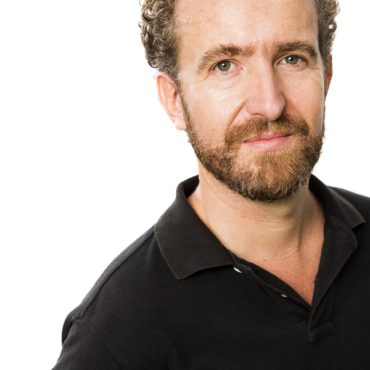 Photo credit: Shane Reid (with thanks to Adelaide Writers Week)

Carl Shuker is the author of five very different contemporary novels. His first, The Method Actors (Shoemaker & Hoard, 2005), is an historical/thriller/love story that explores the darker side of Tokyo at the turn of the century.  The Lazy Boys (Counterpoint, 2006) explores a nihilistic generation within a NZ setting and is described as ‘One of the most important novels published in Aotearoa, just as topical now as ever in its portrayal of sexual violence and destructive, hyper-masculine behaviour within student culture and rugby culture’. Three Novellas for a Novel (Mansfield Road Press, 2011), is an intertwined set of horror stories set in near-future Tokyo, London and Cannes.  Anti Lebanon (Counterpoint, 2013), is a cross-genre political thriller and vampire story set in Beirut and Syria. In 2006 Carl’s The Method Actors was winner of the Prize in Modern Letters, then the world’s richest prize for an emerging author. ‘Brash and fearless,’ wrote the New York Times, ‘The Method Actors is a self-consciously postmodern challenge to our perceived reality and its fictional depiction’. The AV Club described it as a ‘mesmerizing opus…a serious accomplishment’.

Carl’s latest novel A Mistake (NZ: Victoria UP, 2019 | USA: Counterpoint, 2019), is a medical thriller about human fallibility and the dangerous hunger for black and white answers in a world of exponential complications and nuance. Pantograph Punch describes how in A Mistake Carl ‘turns his attention to the theme of human error and how actions can echo and distort in memory and consequence … absorbing and difficult to put down.’ On Carl’s work overall the NZ Listener writes ‘It’s difficult to convey here the thrill of Shuker’s writing, with its up-to-the-minute feel, its endless audacity … with its defiant difficulty, sly ambition and writing more than sharp enough to live up to its own hype’.

A graduate of the University of Canterbury, with a Masters in Creative Writing from Victoria University of Wellington, Carl lived in Tokyo on and off for many years, then London, where he was an editor for the British medical Journal for seven years.  He has participated in festivals in New Zealand and Australia and was Writer-in-Residence at Victoria University in 2013.

Carl currently lives in Wellington with his wife, novelist and poet Anna Smaill, and their daughter.