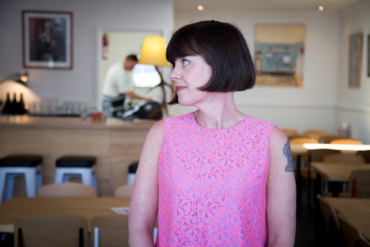 Catherine Robertson is a fiction writer whose four romantic comedy novels have all been number one New Zealand bestsellers. Her fourth novel, The Hiding Places (Penguin Random House, 2015) won the Nelson Libraries Award for NZ Fiction, and was described in The New Zealand Listener as ‘exceptionally well written and very charming.’ The Otago Daily Times has described Catherine’s writing as ‘quirky, funny and unafraid’. Reviewing The Sweet Second Life of Darrell Kincaid (Penguin Random House, 2011), Kerre Woodham wrote: ‘…a warm, laugh-out-loud, funny romantic comedy. . . Robertson is a refreshing new writer…and deserves to be an international success.’

Catherine’s work has also been published in Germany and Italy, and The Hiding Places will be published in France in 2017. She has had shorter fiction works published in HOME (Random House, 2005), in Turbine (IIML, 2015) and a non-fiction essay in SPORT 44 (VUP).

Every month, Catherine reviews contemporary fiction for The NZ Listener. She contributes to the New Zealand Book Council’s Booknotes Unbound and New Zealand Books. She is a regular guest on Radio NZ’s The Panel. She has participated in national festivals such as the Auckland Writers Festival, Writers on Mondays, and Wellington Writers Week, both as speaker and/or chair. Catherine was also a feature author at the Frankfurt Book Fair. She is currently Chair of the New Zealand Society of Authors, Wellington Branch. In 2015, she completed the MA in Creative Writing at the International Institute of Modern Letters, Victoria University.

Catherine is the recent recipient of a Creative New Zealand grant (2016). She is currently working on her fifth novel, the first to be set solely in New Zealand. This will be a memoir/biography of her late mother’s teenage years in a cult-like organisation called Moral Rearmament (MRA) and the subsequent resounding effects on both their lives. Her new book will explore the feminist aspect of women growing up in a conservative cult against a backdrop of society that was becoming slowly less conservative, influences on female power, and the corrosive psychological effects of shame, particularly that experienced by women. This will involve research and interviews with family friends whose lives were shaped in very different ways by their time in MRA.