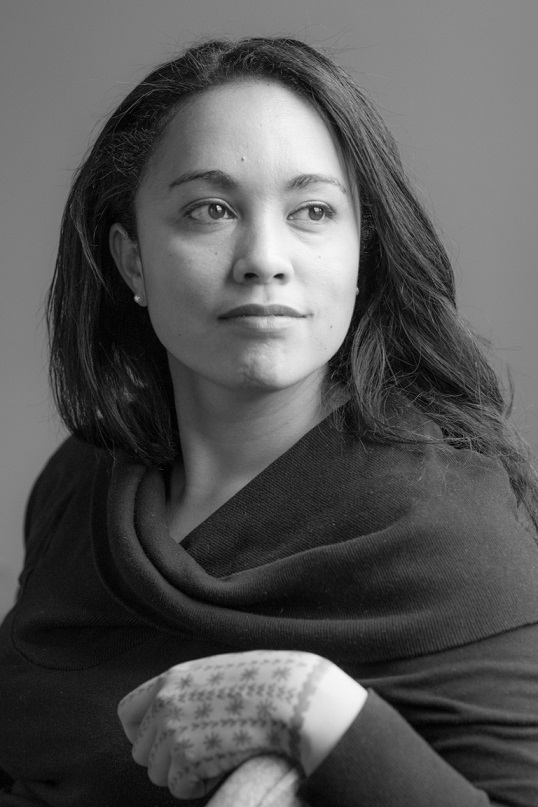 Courtney Sina Meredith is a poet, playwright, fiction writer and musician of Samoan, Mangaian, and Irish heritage. Her poetry collection Brown Girls in Bright Red Lipstick (Beatnik, 2012) and short story collection Tail of the Taniwha (Beatnik, 2016) have both won critical acclaim. Courtney describes her work as an ‘ongoing discussion of contemporary urban life with an underlying Pacific politique’. In describing Brown Girls in Bright Red Lipstick, critic John Daly-Peoples states that Courtney ‘grapples with the big issues of poverty, conflict, sexism and racism, but also more immediate ones of sex, drinking and eating. All this is rolled into poems which are both serious and frivolous. She is a mixture of performance poet and romantic—a singing Ginsberg and howling Shelley.’

Courtney has participated in numerous national and international festivals, and been selected for a number of international writers’ residencies. She was the first writer of Pasifika descent and first New Zealander to hold the LiteraturRaum Blebitreu Berlin residency (2011). In 2016 she was invited to participant in the International Writing Program at the University of Iowa. She was also writer in residence at the Island Institute in Sitka, Alaska and held a residency at the Sylt Foundation. Courtney has represented New Zealand at the Frankfurt Book Fair, the Mexico City Poetry Festival, and the International Indonesian Poetry Festival. She is the winner of the Going West Poetry Slam and the Montana Poetry Slam.

Courtney holds a degree in English and Political Studies from the University of Auckland, where she also studied Law and co-edited Spectrum 5 (Penguin).

Her second poetry collection Burst Kisses On The Actual Wind (Beatnik, 2021) is a tapestry of surprising and shifting verse, focused on connection and displacement, the blurring between internal landscapes and longed for realities – we travel with the voice, invited into moments both cinematic and achingly tender.

University of Auckland interview on Tail of the Taniwha (2016)

Published by Beatnik Publishing on April 12, 2021

A Treasury of NZ Poems for Children

“Silvertip”, a 20-part sequence of poems in Landfall, Frankfurt edition, 2012