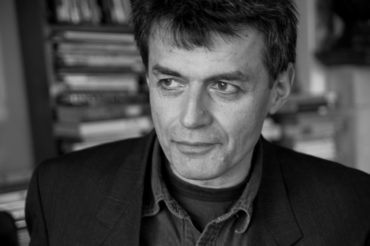 David Eggleton who is of Rotuman, Tongan and Palagi ancestry, grew up in Fiji and South Auckland and now lives in Dunedin, New Zealand/Aotearoa. He is a poet, art critic, writer, editor and freelance journalist. His work investigates ideas of contemporary popular culture versus ‘highbrow’, blending the literary and vernacular with energy and vigour. David received the Prime Minister’s Award for Literary Achievement in poetry (2016) and is the current New Zealand Poet Laureate (2019 – 2021).

David has had nine books of poems and a book of short fiction published, as well as a number of works of non-fiction. His first collection of poems was co-winner of the PEN New Zealand Best First Book of Poems Award (1987). He was awarded the Robert Burns Fellowship (1990), won a substantial Copyright Licensing Ltd (CLL) Writers’ Award (2004), and was a finalist in the lifestyle and contemporary culture category at the 2004 Montana New Zealand Book Awards. His poetry and short stories appear in a wide range of recent anthologies. David has also won Reviewer of the Year Award six times at the Montana New Zealand Book Awards, most recently in 2009.

Well-known as a performance poet, David has released several poetry recordings featuring his collaborations with musicians and been involved in poetry text collaborations with practitioners of a variety of other art forms, from sculpture to fashion design. In addition, he has produced short films and documentaries.

For eight years (2009-2017) David was Editor of Landfall, New Zealand’s pre-eminent journal of arts and letters. His collection, The Conch Trumpet (Otago UP, 2015) won the Poetry Award at the 2016 Ockham New Zealand Book Awards. In 2017 David was the recipient of the Fulbright-Creative New Zealand Pacific Writers’ Residency.

His latest collection is Edgeland and other poems (Otago University Press, 2018).

Into the Light: a History of New Zealand Photography  (Craig Potton Publishing 2006)