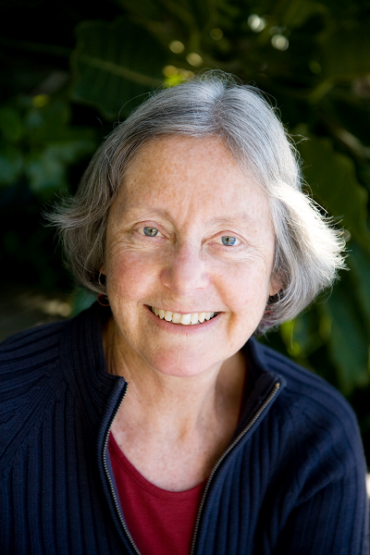 Born in Hawera in 1943, Dinah Hawken is one of New Zealand’s most critically acclaimed poets. Of her seven collections of poetry, all published by Victoria University Press, four have been finalists for the New Zealand Book Awards. Her first book, It has no Sound & is Blue (1987), won the Commonwealth Poetry Prize for Best First Time Published Poet. Her collections are evocative and original and are influenced by the natural world, women’s experience, spirituality and social justice. Her work has been described as ‘at once meditative and resolute.’ In addition to poetry, a number of her publications feature letters and prose. A reviewer of her most recent collection, Ocean and Stone (2015), has said that ‘few writers have the skill to return to the land and the sea with such originality and genuine knowing …the experience of reading Hawken is to be lulled and then shocked awake’. In 2007, Dinah was named the winner of the biennial Lauris Edmond Award for Distinguished Contribution to Poetry in New Zealand.

A trained physiotherapist, counsellor and social worker, Dinah wrote her first collection in New York while studying for her Master of Fine Arts in Creative Writing at Brooklyn College and also working with people who were homeless and mentally ill. Dinah also worked for several years at the International Institute of Modern Letters at Victoria University, convening a course called ‘Writing the Landscape.’  In 2008 she was commissioned by Chamber Music New Zealand to write seven poems for a New Zealand performance of Haydn’s ‘Seven last words from the cross’.

Dinah lives in Paekakariki on the Kapiti Coast.