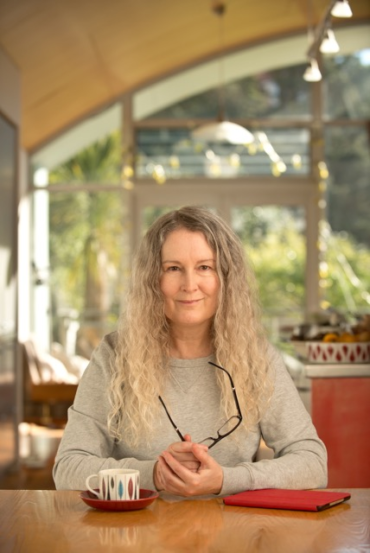 Elizabeth Knox is one of New Zealand’s most successful writers. Author of thirteen novels and three novellas, her poetic, imaginative work ranges from autobiographical fiction, to fantasy. With each publication, Elizabeth has continued to gain awards and recognition. In 2000 she was the recipient of the Arts Foundation New Zealand Laureate Award, in 2002 was awarded an ONZM for her services to literature in the New Zealand Queen’s Birthday honours list and in 2020 a CNZM once again for services to literature. She received the prestigious Prime Minister’s Award for Literary Achievement in 2019. Author Anna Smaill wrote: ‘Elizabeth Knox’s brain is an engine that runs on narrative’.

Amongst her extensive list of accolades, Elizabeth’s book The Vintner’s Luck (first published by Victoria UP, 1998) won both the Deutz Medal for Fiction, the Readers’ Choice and Booksellers’ Choice awards in the 1999 Montana New Zealand Book Awards, and the Tasmania Pacific Region Prize (2001). It was also shortlisted for the Orange Prize (1999). The Vintner’s Luck is published in ten languages. Elizabeth’s book for young adults, Dreamhunter (HarperCollins, 2005), won the 2006 Esther Glen Medal and was selected as an ALA Best Book for Young Adults (2007). Dreamhunter’s sequel Dreamquake (HarperCollins, 2007), was a Michael L Printz Honor book for 2008 and, in the same year, was named an ALA, a CCBC, Booklist, and New York Library best book. A collection of essays, The Love School won the biography and memoir section of the New Zealand Post Book Awards in 2009. Elizabeth’s latest young adult title, Mortal Fire, was a finalist in the 2014 LA Times Book Awards, and won the New Zealand Post Book Awards for Young Adult Fiction. In 2014 she was the recipient of the Michael King Writer’s Fellowship.

Her latest work, a fantasy novel entitled The Absolute Book (VUP, 2019) is described by writer Pip Adam as ‘a triumph of fantasy grounded in the reality and challenges of the moment we live in’. The Absolute Book was longlisted for the fiction prize in the 2020 Ockham Book Awards.

Elizabeth lives in Wellington with her husband, Fergus Barrowman, and son, Jack. 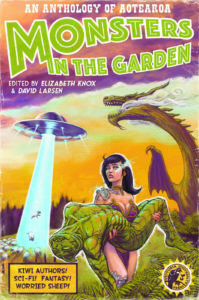 Monsters in the Garden: An Anthology of Aotearoa New Zealand Science Fiction and Fantasy (anthology)

Dreamquake (YA [Book 2 of the Dreamhunter Duet]: HarperCollins, 2007)

Dreamhunter (YA [Book 1 of the Dreamhunter Duet]: HarperCollins, 2005)