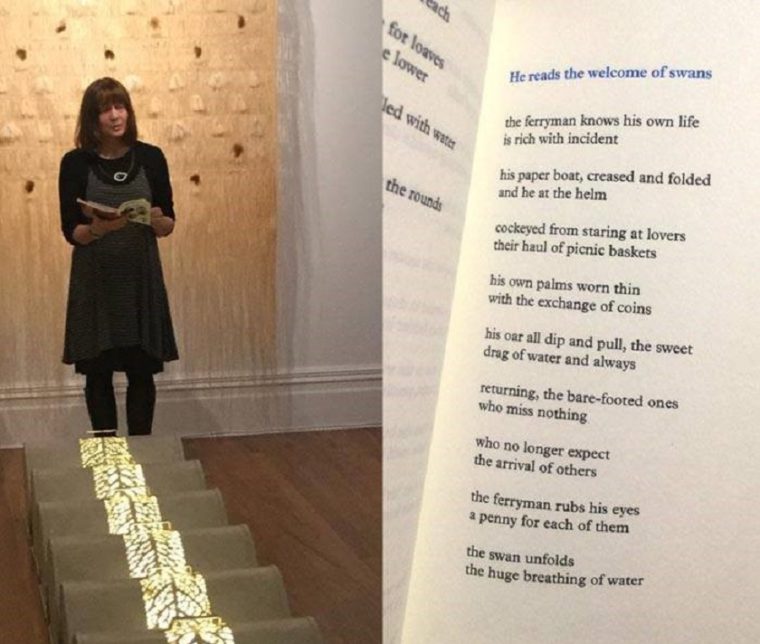 Frankie McMillan is a New Zealand short story writer and poet. Her short story collection, The Bag Lady’s Picnic and other stories, was published in 2001 by Shoal Bay Press. ‘This writing and these stories,’ Weekend Herald Penelope Bieder wrote, ‘announce the arrival of a strong new voice on the New Zealand literary scene’. Frankie’s first poetry first collection, Dressing for the Cannibals (Sudden Valley Press, 2009), was described by Christchurch Press Book News Michael Harlow as ‘full of surprises that quicken the heart as well as the head’. Glasgow Review of Books described her second collection, There are no horses in heaven (Canterbury UP, 2015), as the ‘most startling poetry book I have read for years’.

In 2005, Frankie was awarded the Creative New Todd Bursary. Her work was selected for two consecutive years for Best New Zealand Fiction anthologies (2008 & 2009) and Best New Zealand Poems in both 2013 and 2015 (online, Victoria University). She has been a recipient of the Ursula Bethell writing residency at Canterbury University (2014). Other awards include winner of the New Zealand Poetry Society International Poetry Competition (2009), and winner of the New Zealand Flash Fiction Competition (2013 & 2015).

At the 14th International Short Story Conference in Shanghai, 2016 she will present a paper on flash fiction in New Zealand.

Her latest book, My Mother and the Hungarians, and other small fictions (Canterbury University Press) was launched August, 2016.

Frankie currently teaches at the Hagley Writers’ Institute in Christchurch. She is the 2017 University of Auckland writer-in-residence, awarded in conjunction with the Michael King Writers’ Centre.

NZ Poetry Shelf review of My Mother and the Hungarians (Oct, 2016)

NZ Listener review of My Mother and the Hungarians (Oct, 2016)

My Mother and the Hungarians, and other small fictions  (Short stories: Canterbury UP, 2016)

Our City, The City in Literature  (Exisle Publishing, 2003)