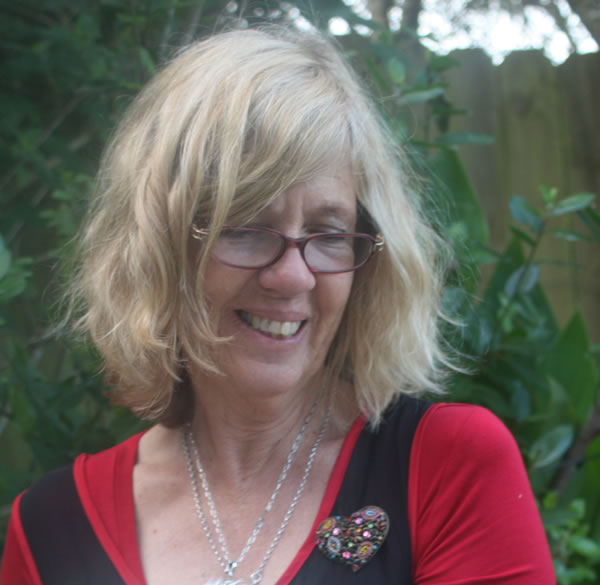 Judith White is the author of two novels The Elusive Language of Ducks (Penguin Random House, 2013),  Across the Dreaming Night (Penguin Random House, 1999; Oneworld Publications UK 2014; China Times Publishing Company, 2015) and a short story collection Visiting Ghosts (Hodder and Stoughton, 1991; Timeless Tangerine, 1991). She was the winner of the 1988 BNZ Katherine Mansfield Centenary Award; twice winner of the Auckland Star short story competition in 1987 & 1990; placed 3rd in the Sunday Star Times short story competition in 2009; and was awarded the Frank Sargeson Fellowship in 1995. She is widely published in anthologies and many of her short stories have been broadcast by Radio New Zealand. Judith’s two novels Across the Dreaming Night and Visiting Ghosts were both short-listed for the NZ Book Awards. She received Creative New Zealand grants for the writing of all her books. Michael King described as her ‘vividly and hauntingly original’ writing and, as Iain Sharp in the Sunday Star Times noted, is ‘second to none . . . when it comes to depicting states of anxiety, both comic and poignant. And the brilliance with which she enters into her characters’ aberrant states of mind signals a major talent.’

Judith was born in Wellington and went to school in Hastings. She worked as a laboratory technician before travelling extensively overseas. She was the secretary of the Auckland Branch of the New Zealand Society of Authors for several years in the 1980s. She has taught creative writing courses for over two decades, and has worked as a one-on-one mentor for the AUT Creative Writing Masters (MCW) programme, and for the NZSA mentorship scheme. She now lives in Auckland, New Zealand.

Landfall review of The Elusive Language of Ducks (2013)

NZ Herald review of The Elusive Language of Ducks (2013)

Radio NZ review of The Elusive Language of Ducks (2013)