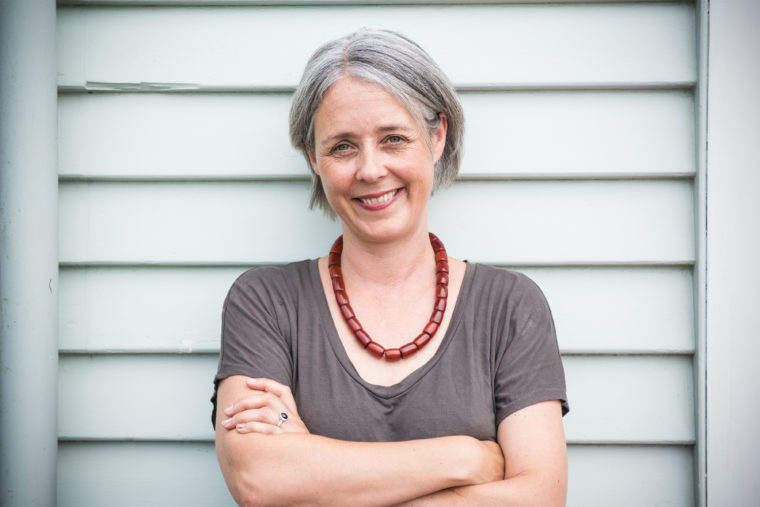 Kate Duignan is a fiction writer, poet and reviewer who has published two critically acclaimed books: Breakwater (VUP, 2001) and The New Ships (VUP, 2018). Her short fiction and poetry has appeared in various journals, including Sport, Landfall and takahē. The New Ships was shortlisted for the Acorn Foundation Fiction Prize in the 2019 Ockham Book Awards.

Breakwater, Kate’s debut novel, was rated on the New Zealand Bestsellers list. It began as Kate’s MA thesis and an extract from the novel was published in a MA programme anthology Spectacular Babies (2001). Breakwater tells the story of a pregnant nineteen year old, and her friendship with café owner Louise. When Louise’s teenage children are involved in an horrific car accident, the birth of Ella’s baby is not the only matter of life and death for the two women to cope with. The NZ Herald describes Breakwater as an ‘accomplished first novel [that] captures the reader from the first page, thanks to good concise storytelling and characters that are so solidly formed.’

Set in Wellington after the fall of the Twin Towers, and traversing London, Europe, and the Indian subcontinent, The New Ships follows recently widowed Peter Collie adrift in the wake of his wife’s death, his attempts to understand his past, and his roles as a husband, father and son. Multiple narratives are ‘explored and tied up in a neat way and momentum is sustained throughout. Taut and polished with not one word out of place, The New Ships is quietly sorrowful and atmospheric with a beguiling glassy calmness.’ (Stuff review).

Born and raised in Wellington, Duignan completed the MA in Creative Writing at Victoria University International Institute of Modern Letters, graduating with distinction in 2000. She received the Glenn Schaeffer Fellowship (2001), the Louis Johnson New Writers Bursary (2002) and Robert Burns Fellowship at Otago University (2004). She currently lives in Wellington with her partner and three children, and teaches fiction at the International Institute of Modern Letters at Victoria University.