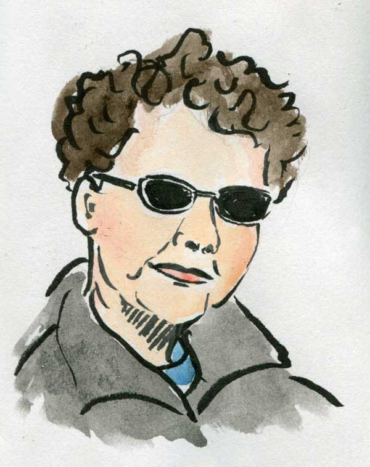 Keri’s extraordinary novel The Bone People was one of those early novels that shook me out of the sea of inertia and ennui in which I’d been becalmed since somewhere between my 14th and 15th years. A lot of what I read, both at school and thus far at university, simply didn’t either make sense, or failed to resonate with me. So there I was, without a thought in my head, dozing off in a very warm lecture theatre in the middle of winter, when Albert Wendt quietly walked up to the lectern and began to talk about The Bone People. It had won the Booker Prize the year before, the first New Zealand novel to do so.

Now Al’s a really great lecturer, and these were the days when the English department at the University of Auckland was a tour de force, so inspiring lecturers were thick on the ground, but he was so compelling that I sat and I listened. That afternoon, slinking back to O’Rorke Hall, I stole my long-suffering room-mate’s copy of The Bone People and began to read. I would discover later that the way it was told, the language that hopped, skipped, jumped, popped and hissed made it a difficult novel for many readers, but to me it made perfect sense. It was about the voice, and the urgency of a story, as disturbing and heartbreaking as it was, that needed to be told. Damn the grammar police and the correct constructivists. This was writing like talking, like thinking, like breathing.

It dripped with blood, shit and tears, and quivered with a life force that was messy and hard and complicated, unlike much of the more formal literature by dead famous people, that I was reading at university at the same time. And although this was a New Zealand I didn’t in reality know – my Maori family is very middle-class – I did instinctively recognise it as something that was a part of who we were, as New Zealanders, as Maori. The Bone People would also ignite in me an enduring love of post-modernist writing and novels that are closer to poetry than prose.

There was consternation amongst my tutorial group about the violence and even more shockingly how the author could find such redemption for Joe, a man who could beat a child almost to death, and how that child could still love him unquestioningly. Wasn’t it the writer’s role to mete out an appropriate retribution? And my tutorial group were not alone: there were many who would express the same sentiment after the novel was catapulted to international fame. I honestly don’t know how I could have somehow understood that it was possible to beat a child you love almost to death because of some deep malignancy within your own soul, and have that violence somehow be a manifestation of that love, but I did. I suspect this may have been my sole moment of intelligence throughout my decidedly lacklustre arts degree. But it was a good one, as the first things an aspiring writer needs to learn are it’s never black and white, people are complex creatures and you’re not God: your role is simply to watch and record.

Every five or six years I re-read The Bone People, and the number of pages that pass before I begin to tangi grows less each time and my respect and admiration for Keri, who took on the hardest story of all, increases exponentially.

The Silences Between – Moeraki Conversations (Auckland UP; Oxford UP, 1982)

What I Believe: The Personal Philosophies of Twenty-Two New Zealanders (GP Publications, 1993)