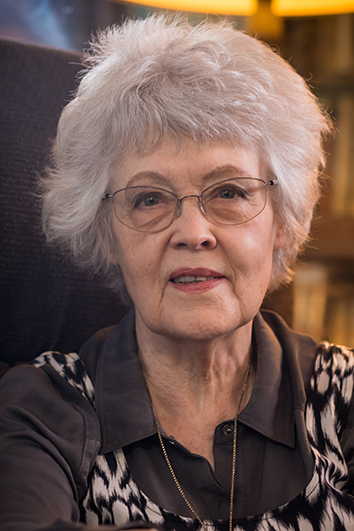 Camping on the Faultline, she called her memoir, and it’s certainly true that Marilyn Duckworth’s life has held more than its fair share of uncertainty and upheaval. She was born in Otahuhu in 1935 but didn’t stay long.  Her father, Cyril  Adcock, was a man on the move.  He taught in Kuaotunu (in the Coromandel) and in Tokorangi (in the Manawatu). In the latter, young Marilyn and her family (mother Irene, older sister Fleur) were housed in the school shelter shed, with a canvas flap for front door.

Then, when Marilyn was three, there was a long sea voyage. War was declared as they sailed towards Suez.  In England they lived in Kent, the Midlands, Surrey, Sussex, Wiltshire. . . sometimes with parents, sometimes as evacuees. Marilyn and Fleur invented a Bronte-type imaginary world called Dreamland.

She was eleven when she finally returned to her mythical homeland. She found it strange and tropical. She had expected everybody to be like her – instead they were brash, fat, and had terrible accents. They thought her as odd as the English had.  She hated it all and had terrible nightmares.

Change was a constant in New Zealand, too.  When I interviewed Marilyn for the Listener nearly forty years after that wretched return, she was about to move into her twenty-fifth house with her fourth husband. Though Wellington has remained a constant. And family: she has four daughters and several grandchildren.

Against this changing background, the constancy of Marilyn’s writing is something to be marvelled at.  As a ten-year-old she turned out adventure novels with alliterative titles. (She’s always been good at titles.)  Each of those books was twenty thousand words long and had twenty chapters. That discipline has stayed with her through a long career, though chapter and word counts are now more flexible. Her bibliography includes fifteen novels, one short story collection, a book of poetry, the memoir, and anthology about sisters, and scripts for radio and television.

A Gap in the Spectrum, her first published novel, came out in 1959 when Marilyn was 23. It is the scary story of a young woman, Diana Clouston, who wakes up one day in a room in London, with no memory of who she is. Gradually she works out that she is a New Zealander who is to be married – to a man she can’t remember.

In her novels, Marilyn Duckworth has employed differing techniques and a wide variety of plots.  But that first novel contained the wellspring of her fiction. There and always, her prose is spare and sure-footed – clean, crisp, concise. Her dialogue is spot on – it’s no wonder the television world wanted her.  But there’s another layer:  her domestic realism has a way of transmuting into something shaky. Menace turns the pages.  Not the menace of a clichéd horror story but something more understated and therefore more frightening.

There is something wonderfully unchanging in Marilyn Duckworth, both in person and in her prose.  She has poise.  People tell her things.  And she has a good-humoured and compassionate understanding of the vagaries of the human condition.

OBE for Services to Literature (1987)

The Chiming Blue: New and Selected Poems (Victoria UP, 2017)

Camping on the Faultline: A Memoir (Random House, 2000)

Cherries on a Plate: New Zealand Writers Talk About their Sisters (Random House, 1996)