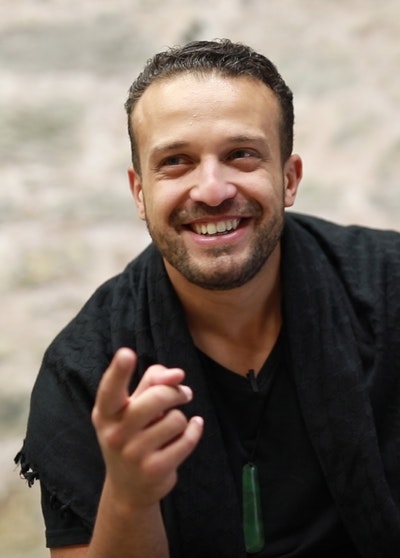 Mohamed Hassan is an award-winning writer, journalist, podcaster and poet from Auckland and Cairo. In 2013 he won the Rising Voices Youth Poetry Slam and the National Poetry Slam in 2015, representing New Zealand at the Individual World Poetry Slam held in Arizona in 2016. His first collection of poetry A Felling Of Things was released in 2016, and his second collection National Anthem (Dead Bird Books, 2020) was shortlisted for the 2021 Ockham New Zealand Book Awards. Funny, elegiac and chilling, his essay collection How to be a Bad Muslim (Penguin Random House, 2022) maps the personal and public experience of being Muslim in the 21st Century through essays on identity, Islamophobia, surveillance, migration and language.

Mohamed has performed his work at TEDxAuckland, Auckland Writers Festival, NZ Writers Festival, WORD Christchurch, WOMAD, Splore and featured on TVNZ’s Breakfast and TV3’s The Project. His poems have been shared widely online, and are taught in hundreds of schools internationally.

As a journalist, Mohamed covered ethnic affairs for RNZ, investigating counterterrorism, workplace discrimination and Islamophobia. In 2017 he was awarded the Gold Trophy at the New York Radio Awards for his podcast series Public Enemy on the impacts of social and security policies on Muslim communities in New Zealand, Australia and the United States. His 2020 series The Guest House tackled community grief following the Christchurch terror attacks.

Radio NZ interview discussing How to be a Bad Muslim (June, 2022)

Stuff.co.nz  article discussing National Anthem and growing up as a migrant child (Nov, 2020)