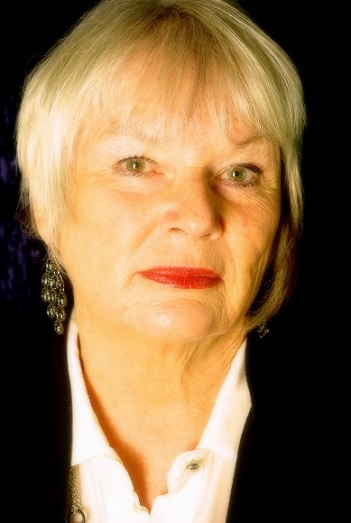 Dunedin writer Paddy Richardson is a prolific fiction author. To date she has published two collections of short stories, Choices (Hard Echo Press, 1986), If We Were Lebanese (Steele Roberts, 2003), and seven novels, The Company of a Daughter (Steele Roberts, 2000), A Year to Learn a Woman (Penguin, 2008), Hunting Blind (Penguin, 2010), Traces of Red (Penguin, 2011), Cross Fingers (Hachette, 2013) Swimming in the Dark (Upstart Press, 2014) and Through the Lonesome Dark (Upstart press, May 2017). Four of the last five have been finalists in the Ngaio Marsh Award. Paddy has been awarded three Creative New Zealand Awards, the University of Otago Burns Fellowship (1997), the Beatson Fellowship (2007), and the James Wallace Arts Trust Residency Award (2011). Her work had been published in Australia (MacMillans), and translated and published in Germany (Droemer Knaur). Although she has turned to psychological thriller writing more recently, her first novel was a saga of five generations of New Zealand women, described as a ‘lyrical, slow-moving’ and ‘meditative’. Reviewing her more recent novel Cross Fingers, author Nicky Pellegrino wrote: ‘Part thriller, part social comment, part history, this is a very New Zealand story, stylishly written and compellingly plotted’.

Paddy’s work has appeared in journals, anthologies, including takahē and Landfall and on radio. It has been highly commended in several writing competitions, including the Katherine Mansfield and Sunday Star Times Short Story Awards. Paddy is an experienced teacher of creative writing and has been a speaker at many writing festivals including the most recent Dunedin Writer and Readers Book Week. In 2012, she represented New Zealand at both the Leipzig and Frankfurt Book Fairs.

She is presently working on her new novel, Cheerio Old Son, which is set during the First World War.

Through the Lonesome Dark (Upstart Press, 2017)

If We Were Lebanese (Short stories: Steele Roberts, 2003)

The Company of a Daughter (Steele Roberts, 2000)