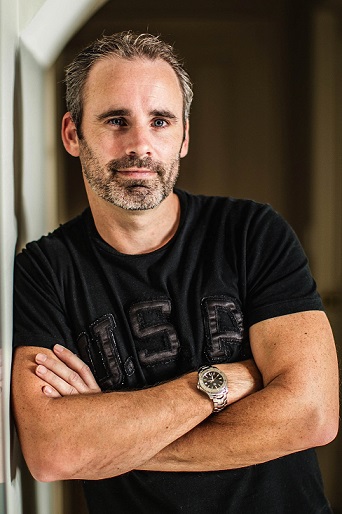 Paul Cleave is an award-winning author who often divides his time between his home city of Christchurch, New Zealand, where all his novels are set, and Europe, where none of his novels are set. His works have been bestsellers that been translated into more than 20 languages and have sold over a million copies.

He has won the Ngaio Marsh Award three times, the Saint-Maur book festival’s crime novel of the year award, has been shortlisted for the Edgar, the Barry and the Ned Kelly. He’s appeared at festivals in the U.K, Turkey, France, Germany, Australia, Canada, Denmark, Taiwan, Tahiti, New Caledonia, and New Zealand.

His first published novel, The Cleaner (2006) was an international best-seller with sales exceeding 500,000. His ninth novel Trust No One (2015), a stand-alone about a crime writer suffering from Alzheimer’s, won the Ngaio Marsh 2016 award.

Paul is currently working on his twelfth book, which will be published in 2020.

Radio New Zealand review of Trust No One (March, 2016)