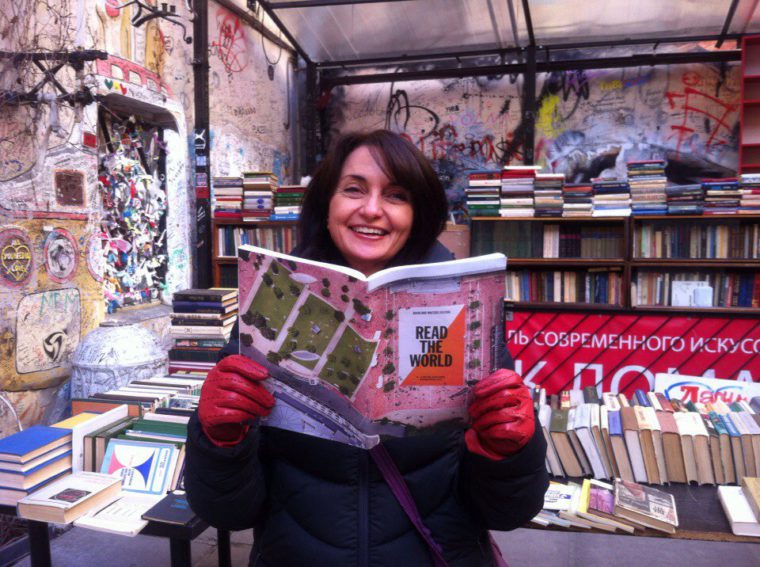 Rosetta outside The Free Library Art Centre in St Petersburg

Rosetta Allan is a writer of poetry and fiction. She is a regular supporter, speaker, guest artist, and emcee at literary and historical events in her hometown, Auckland, New Zealand. Rosetta has judged several poetry and short story awards, and published two volumes of poetry: Little Rock (2007), and Over Lunch (2010). She has published three novels: Purgatory (Penguin, 2014), The Unreliable People (Penguin, 2019) and her most recent novel, Crazy Love (Penguin, 2021).

Purgatory received an exceptional response, remaining on the Nielsen Weekly Bestsellers list for two months, and was selected as an Apple iBook ‘Top Ten Best Reads of 2014’. Tanya Allport described Purgatory as ‘one of those books that draws you into its exquisitely crafted, atmospheric and entirely believable world within the first couple of pages’ (Booklovers, June 2014). Reviewer John McCrystal described her writing as ‘accomplished with a talent for capturing quirks of human behaviour, movement and appearance, along with an acute ear for dialogue, effort that isn’t spared even for minor characters’ (NZ Herald, June 2014).

Rosetta’s essay, ‘Dear mother – Songs of the Kamikaze’, featured in The Griffith Review 48, Enduring Legacies (2015). She has contributed to publications in the UK, New Zealand, Australia and USA, including the journals Blackmail Press, NZ Poetry, takahē, Interlitq, Ika, Broadsheet, Whitireia’s 4th Floor, and the anthology Short and Twisted (Celapene Press, 2015). In July 2016, she was honoured to be the inaugural Letter Writer for the Academy of New Zealand Literature with her feature ‘Letter from St Petersburg’.

In April 2016, Rosetta was the first New Zealand Writer-in-Residence at the St Petersburg Art Residency in Russia, where she researched her recent novel, The Unreliable People, launched by Penguin Random House, NZ, May 7, 2019.

In 2017, Rosetta received First Class Honours for Master of Creative Writing from the University of Auckland, and was awarded a Sir James Wallace Scholarship for Master of Creative Writing. In 2018 she was the recipient of the Michael King Writers Centre Summer Residency. In February 2019, Rosetta held the position of Creative NZ/University of Waikato Writer in Residence in Hamilton for the year.In 2022 Rosetta was announced as a recipient of a 2023 residency at the Michael King Writers Centre, Auckland.

Rosetta’s latest book Crazy Love is a vivid novel based on her own experiences, and explores how – as the Van Morrison song suggests – crazy love can take away the troubles. It can, though, add a whole lot more.

Radio NZ interview discussing The Unreliable People with Kathryn Ryan on Nine to Noon (May, 2019)

Radio NZ review of The Unreliable People (May, 2019) 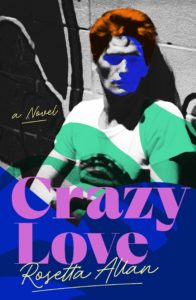