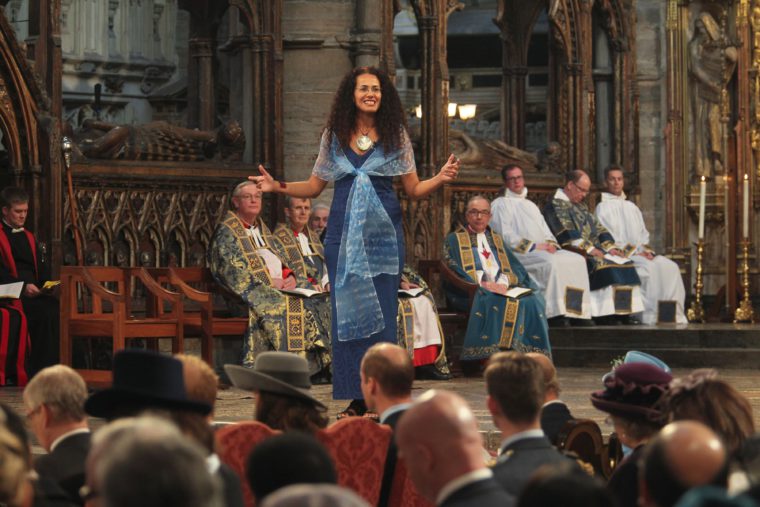 Selina Tusitala Marsh is a poet of Samoan, Tuvaluan, English and French descent and was the New Zealand Poet Laureate (2017-2019). Her poetry is published in over 67 anthologies, academic texts, print and online literary journals, and translated into Ukraine, Spanish and Italian.  Since 2007, she has performed at over 119 national and international events and given over 100 poetry writing workshops. She was a Poet Olympiad for the 2012 London Olympics Poetry Parnassus event, and in 2015 won the London Literary Death Match at the Australia New Zealand Literary Festival. The NZ Listener has described her as the ‘vanguard of contemporary Pacific Literature’, and ‘one of the most important poetic voices of her generation’. Selina was the 2016 Commonwealth Poet, during which she attended Westminster Abbey, where she performed her commissioned poem ‘Unity’, for the Queen. She was the poet MC for the 2018 formal dinner for visiting ex-US president Barack Obama. In 2019 Selina was appointed an Officer of the New Zealand Order of Merit in the New Years Honours List, for services to poetry, literature and the Pacific community, and in the same year was also elected a Fellow of the Royal Society of New Zealand.

As a Senior Lecturer in the English Department at the University of Auckland, teaching New Zealand and Pacific Literature and Creative Writing, Selina’s critical and creative work focuses on giving voice to marginalised communities. Selina is also the designer and facilitator of Best Leadership Academy’s Pasifika Mat programme which examines leadership through creativity, and the co-ordinator of Pasifika Poetry Web (nzepc), an audio visual archive of Pacific poets and their work. Selina was a judge for the New Zealand Ockham Book Awards 2016.

Selina’s latest book Mophead: How Your Difference Makes a Difference is an inspirational graphic memoir of growing up Pasifika in New Zealand. A book based on her doctoral thesis, Led By Line: First Wave Oceanic Women Poets (1974-2016) is currently in press with the University of Hawai’i at Manoa.

For Selina’s lively description of the Queen’s poem, her reading, and subsequent conversations with royalty, follow this link.

Guardian interview and article on performing for the Queen (Feb, 2018)

Mophead: How Your Difference Makes a Difference (Graphic memoir: Auckland UP, 2019)