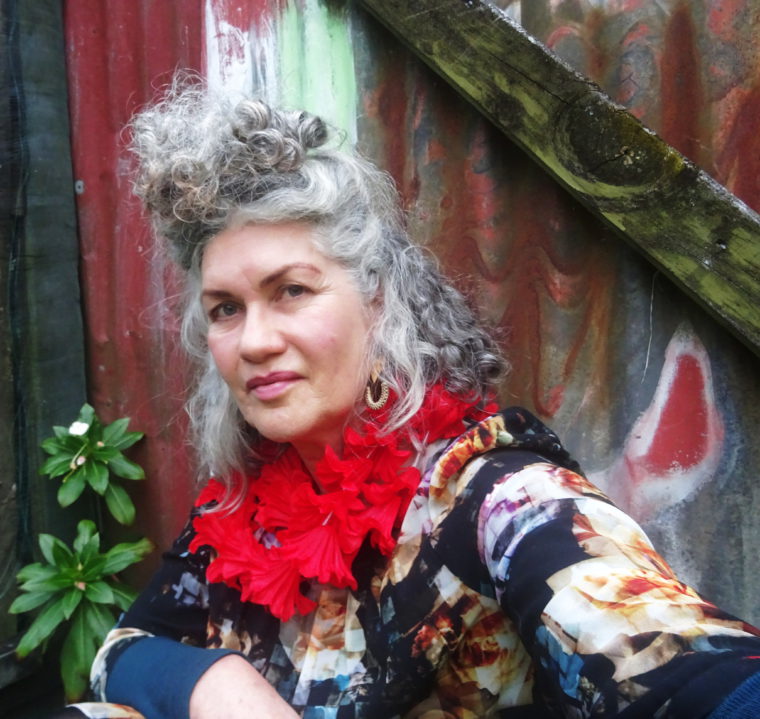 Serie Barford is a poet and short fiction writer of European and Polynesian descent, with a background in performance poetry. She has published four poetry collections: Plea to the Spanish Lady (Hard Echo Press, 1985), Glass Canisters (Hard Echo Press, 1989), Tapa Talk (Huia, 2007), and Entangled Islands (Anahera Press, 2015). Her work is also published in multiple journals and anthologies, such as Black Marks on the White Page, Atlanta Review, Whetu Moana, Niu Voices, Landfall, Poetry New Zealand, Writing the Pacific, and Best New Zealand Poems. Serie explores the Samoan concept, ‘Ia teu le va’ – to cherish or care for relationships within the va, that is, the in between space that holds things together in the Unity-that-is-All.  Entangled Islands (Anahera: Press 2015), is a collection of poetry and prose. Her family is entangled with colonial expansion, suppression, fallout from wars, intermarriage, migration and migrants’ dreams of a better life.  In her Landfall review Siobhan Harvey describes Serie as ‘one of our finest established Pacific Island poets’.

After completing her BA in English and History Serie trained and worked as a secondary school teacher. She has been actively involved in community projects, including a variety of writers’ workshops and a public installation of community writing. Over this time she has held both the Seresin Landfall Residency (2011) and the Michael King Writers’ Centre Pasifika Residency at Signalman’s House, Devonport, Auckland (2018). She currently works as a literacy teacher while continuing to produce her own work.

Serie has read, performed, and interviewed at various festivals, often over a succession of years, including New Zealand’s Going West, Auckland Writers Festival, Wellington Arts and the NZ Poetry Conference, and the Queensland Poetry Festival in Australia. Radio NZ has produced her short stories for broadcast (2010) and TV1 aired her Artsville TVNZ Poem ‘Migration’ filmed by Ian Mune (2006). Serie participated in the Phantom Billstickers Project (2017, 2018). She was part of the Wordsmith tours around schools and performs at public events and festivals, often with various members of the now disbanded Polynation, a poetry troupe of Oceanic poets of mixed heritage.

Tapa Talk (Huia, 2007) has been translated into Ukrainian and was launched by Krok Publishing House, at the International Arsenal Book Festival in Kiev, May 2019.

Serie’s latest poetry collection Sleeping with Stones will be published by Anahera Press. It explores moving through loss and grief into Te Ao Marama – The World of Light.

Media announcement of the Seresin Landfall Residency (May, 2011)