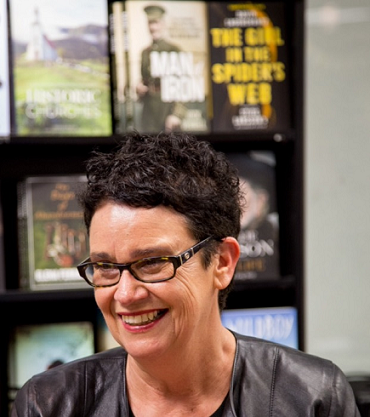 Sue Orr is an award winning author of two short story collections, Etiquette for a Dinner Party and From Under the Overcoat, and two novels The Party Line and Loop Track. Author Fiona Kidman wrote: ‘Sue Orr’s stories have that mesmerising quality that makes the reader race on, hoping they will never end, yet desperate to find out what happens next…I admire these stories immensely: by turn tender, sly, comic, and always deeply informed about the ways of the human heart’.

Sue’s first novel The Party Line (Vintage , 2015) was a New Zealand best seller for five months and published in 25 countries. Her collection Etiquette for a Dinner Party (Penguin Random House, 2008) won the Lilian Ida Smith Award in 2007, and From Under the Overcoat (Penguin Random House, 2011) was shortlisted for the NZ Post Book Awards 2012, and won the People’s Choice Award. Her short fiction has also been published in New Zealand and international anthologies, translated into Spanish and been optioned for film.

In 2011, Sue was a Buddle Findlay Sargeson Fellow. She has a background in feature-writing journalism, and occasionally writes and reviews for periodicals such as NZ Listener, Metro and The Spinoff. This work has included an essay for Metro on Rachel Barrowman’s biography of Maurice Gee (September, 2015) and an extensive interview with author Michel Faber for The Listener (April, 2016). She has experience at interviewing and has also read, chaired or performed at a variety of national literary festivals.

In 2016, Sue established a creative writing programme for Women’s Refuge in Auckland. On moving to Wellington in 2018, she joined the Write Where You Are Charitable Trust to teach creative writing in Wellington prisons and women’s refuges. Currently Sue teaches creative writing at the International Institute of Modern Letters at Victoria University of Wellington, and holds a PhD and Masters in Creative Writing from that university.

Sue’s latest work Loop Tracks (VUP, 2021) is a New Zealand novel written in real time against the progress of the Covid-19 pandemic and the New Zealand General Election and euthanasia referendum.

NZ Listener review of From Under The Overcoat (July, 2012) 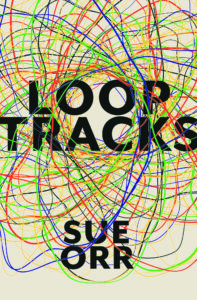 From Under The Overcoat (Short stories: Penguin Random House / Vintage, 2011)