Bryan Walpert on the books he read in 2022

In Less, the Pulitzer-prize winning novel by American writer Andrew Sean Greer—one of the books I’ve read most recently, at the suggestion of my sister—the protagonist, Arthur Less, teaches a writing course he calls Read Like a Vampire, Write Like Frankenstein. This is not a course about horror writing. Rather, it is ‘based on his own notion that writers read other works in order to take their best parts.’ 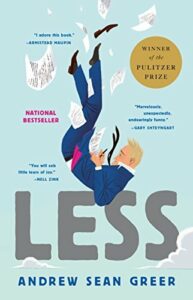 My own reading can be a bit vampire-ish, and though he overstates a bit, I tend to agree with Arthur Less (or perhaps it’s Greer) that many writers do read partly for instruction and permission (many readers of this essay will be writers, I presume). Not that I don’t also read like, well, a reader—I get happily sucked into plot and character. But the reader experience and the writer experience occur in parallel. That is, I am often at just a bit of distance as I observe the wires and strings, as interested in what I can learn from how the book works at the level of technique as I am in the journey it takes me on.

It is with this admission of such literary blood-sucking that, at the kind request of the powers-that-be at the Academy of New Zealand Literature, I have pulled together some thoughts on a year of reading. Since I don’t have room to discuss a large number of the books I’ve read this year (and no one would read it), I’ll use my vampiric reader tendencies as a central motif to mention just a few. Less is more. These are not necessarily new books (Less won its prize in 2018—there’s now a sequel I’ve yet to read called Less is Lost); they’re just books I’ve read, or finally read, over the past year. 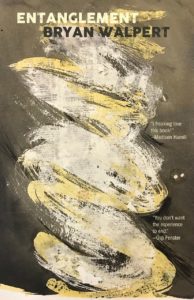 One pattern becomes clear—an interest in how literary fiction can employ speculative elements. (I did the same in my novel Entanglement, and have an ongoing interest in links between science and literature in poetry as well, so perhaps this is not surprising.) Some will argue that there is, or should be, no distinction between literary and genre fiction. I take the argument, but I’m always more intrigued by the effort to create distinctions rather than the effort to elide them. (Both are worthwhile pursuits; which you choose is a matter of character.) 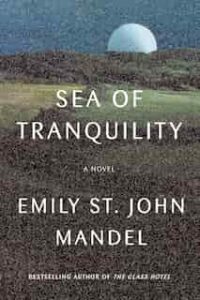 Three of those I read with interest over the past year are Bewilderment, an ecological novel by American writer Richard Powers that has at its core the relationship between a widowed father, Theo, and his troubled young son; Sea of Tranquility, a time travel novel by Canadian writer Emily St. John Mandel; and The Anomaly by French writer Hervé Le Tellier, in which a plane lands after going through a storm—only for the same plane, filled with the same passengers, to land a few months later. One speculative element in Powers’ novel (which, like his more sprawling The Overstory, has ecological concerns at its heart) is a neurological feedback device that permits the anger of the narrator’s troubled son to be moderated by his late mother’s brain patterns; another is the series of life-filled planets that Theo, an astrobiologist, imagines as bedtime stories for his son. Both Mandel and Le Tellier explore the ‘simulation hypothesis’ popularised by Nick Bostrom—the idea that we are all living in a simulation created by an advanced civilisation. 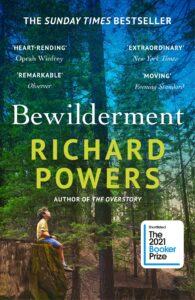 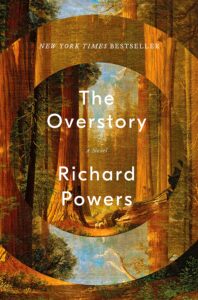 In each case, the speculative elements, though fun, point away from themselves towards issues of emotional and philosophical interest: Can we learn to look beyond ourselves and extend empathy to the world itself? That is what starts to happen to the son in Powers’ novel as his mothers’ brain patterns imprint on his and he becomes deeply concerned about the earth. As the poet Tracy K. Smith put it in a review of the book in the The New York Times: Bewilderment ‘invites us to ponder not only our dominance of the planet and the ways that the unjust power of a few dominates the lives of others. It also insists we ponder this: At what cost do we allow our capacities for fear, jealousy and appetite to trounce other equally intrinsic capacities, like empathy, courage and forbearance?’ And of course the imagined planets are used toward emotional ends—for Theo to soothe and bond with his son—rather than truly speculative ones.

Empathy is at the heart, too, of Mandel’s novel. Central to the time travel is a question of whether to break rules and sacrifice yourself for others. But in hers and Le Tellier’s another might be this: What does it mean to be ‘real’ and how important is ‘reality’ to a life well-lived? To quote another review (by novelist Laird Hunt) from The New York Times: ‘Mandel is interested in something other than limning the highs and lows of timeline trotting’; rather, the novel is ‘an attempt to make some sense of huge societal and existential crises and pose good old questions like what does it mean to be alive.’ As such the technology itself—the science—plays the role of lens, rather than focus, putting her book, as the reviewer put it, ‘more in common with tech-minimized sci-fi outings’ like Kazuo Ishiguro’s Never Let Me Go. 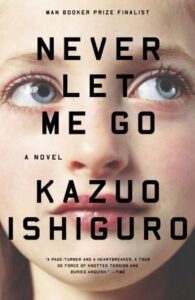 Le Tellier’s The Anomaly is much more playful in its tone and form (it’s written—self-consciously, I think—like a Netflix series) and in its metafictional elements (a character is writing a novel called, naturally, The Anomaly). But it poses existential questions. To cite a third review from The New York Times (by Sarah Lyall—can you tell I’ve recently gotten a subscription?): the novel’s plot might have been borrowed from The Twilight Zone or Black Mirror, ‘but it movingly explores urgent questions about reality, fate and free will. If our lives might not be our own and we end up dying either way, how should we live?’ In sum, it is how these writers engage with speculative elements as a sort of lens on these questions—rather than, say, time travel being central mainly to plot, no matter how heart-stopping, or simply fascinating it itself (though I’m a sucker for that as well)—that interests me in these books.

The other technique that came up surprisingly often this year in my reading is how the writer helps us to see things about the character that they can’t see or won’t admit about themselves—e.g. issues of dramatic irony and unreliability. Less is about a gay writer who cobbles together an international tour of reading and teaching to avoid attending his former partner’s wedding. Along the way he deals with aging (he turns 50 during his travels) and meditates on his own only moderate success as a writer (he is told his books aren’t gay enough). There are many pleasures in this book—it is perceptive, hilarious, and touching, and it consistently provides quotable turns-of-phrase (description of a street in New York: ‘the toothache sensation of jackhammers in concrete’). But what I observed with the most writer-reader interest is how to use humour, along with the character’s failure to fully grasp his own strengths, to invite sympathy for a character who might otherwise come across as gloomily self-involved. It is precisely the gap between what Less thinks about himself and what others perceive of him—he is more sartorially awkward than he thinks but also more talented and attractive—that, via the affectionately mocking tone, makes him so complex and likeable. 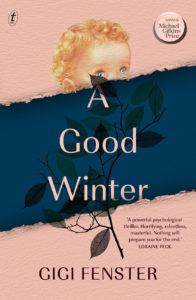 But likability of the central character isn’t in itself so important to me. Closer to home was my pleasure in reading my colleague Gigi Fenster’s novel A Good Winter, another finalist at this year’s Ockham New Zealand Book Awards. It’s been characterised as a ‘literary thriller,’ and the literary part, for me, is the way Fenster gradually reveals the difference between how Olga sees herself—helpful, protective—and her true motivations for playing an increasingly prominent role in the life of her friend, Lara. If Greer crafts the perception gap in the third person, in Fenster’s book the first-person narration feeds my growing distrust of the narrator’s reliability.

The book opens with a kind of summary: ‘It was a good winter. I’m not ashamed to say it. For me it was a good winter. And for Lara even. I don’t care what anyone says. The facts spoke for themselves.’ Every sentence of that paragraph is deftly crafted to be taken quite differently if reread after the gap between Olga’s perceptions and reality widens.

Farther again from home (though the author in a bio says he lives part-time in New Zealand) are the novels Darke and Darke Matter by British rare book dealer, Booker Prize judge and retired academic Rick Gekoski, who published Darke, his first novel, in his early 70s. The protagonist, James Darke, is in some ways, or at least to some readers, unlikeable. Here is an example of his personality from Darke, when the character is looking for a ‘handyman’: ‘Most builders, handy or otherwise, are incompetent, indolent and venal.’ He goes on about his rules for interacting with builders: ‘I do not provide endless cups of PG Tips with three sugars, ta, nor do I engage in talk, small or large. Preferably no visits to my WC, though a builder who does not pee is rare. Tea makes pee. But if that is necessary, only in the downstairs cloakroom. Afterwards there will be piss under the loo.’ 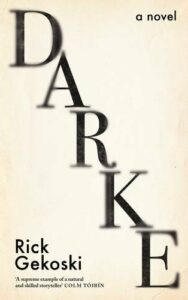 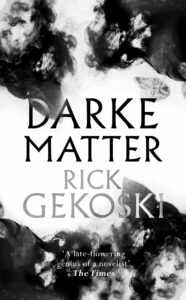 But the capacity for deep love and a sense of integrity lie beneath his stream of critiques and invective. The way that Gekoski creates that complexity, by having Darke unwilling to acknowledge his better angels, is masterful. Whether Dark is ultimately likeable or not is less interesting than how Gekoski manages Darke’s characterisation. In an interview, Gekoski said he found the debate over whether the character was likeable ‘a bore,’ adding, ‘The readers who loved Darke focused on the prose and thinking, rather than on whether they liked him.’ I can’t help but wonder whether disproportionately represented among such readers are writers, like you and me, donning our cloaks and baring our fangs in the dark.