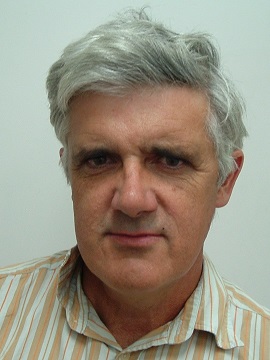 Matamata born Gregory O’Brien is a prolific poet, non-fiction writer, illustrator, painter and editor. His books and short fiction have been published in New Zealand, Australia and the UK. His work is widely anthologised and has also appeared regularly in many literary journals. His accolades include the Frank Sargeson Fellow (1988), Victoria University Writer-in-Residence (1995), and Stout Memorial Fellow (2015-16). In 2012, Gregory was awarded the Prime Minister’s Award for Literary Achievement (Non-fiction). The same year he received a Laureate Award from the Arts Foundation of New Zealand. In the New Year’s Honours (2013-14), Gregory was awarded an MNZM for Services to the Arts.

Gregory graduated with a BA in Art History and English from Auckland University (1984), has worked as journalist, Arts Editor for TV3’s Arts program, editor for Sport magazine, and was senior curator at City Gallery Wellington. He now works full-time on writing and visual arts-related endeavours. His art and writing from the ‘Kermadec’ art project, Raoul Island, has been exhibited in galleries and museums in New Zealand, the Pacific Islands, Chile and New Caledonia. Poems and drawings from this project are included in his two recent collections: Beauties of the Octagonal Pool (AUP, 2012), and Whale Years (AUP, 2015).